Local Spam: The Solo with 60 Offices

Let me start by saying that I’m calling out a single lawyer here, simply as an example. There are thousands of law firms engaging in these spammy tactics either in-house or through their “agency” or marketing “expert”.  And let me also reiterate the point of my latest post:

Faking office locations is NOT marketing – its stealing.

Which brings me to an example of local spam, albeit an extreme one – Solo practitioner Andrew Calcagno who has more offices across my home state of New Jersey than toll booths. In fact…. according to his Google listings, Calcagno staffs no fewer than 66 different locations… 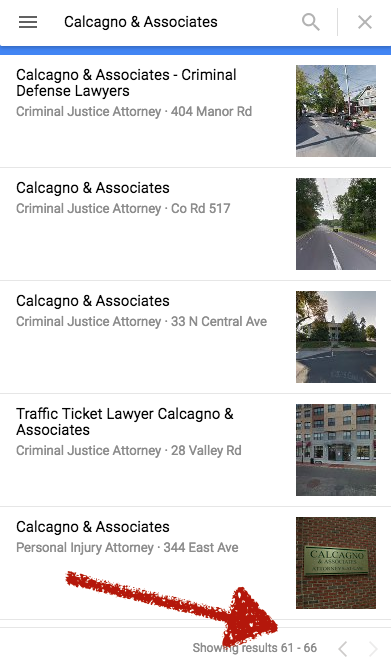 Fortunately, at the Elizabeth Office you can get your acupuncture done while waiting for your lawyer, or your acrylic nails buffed at the Bayonne office. 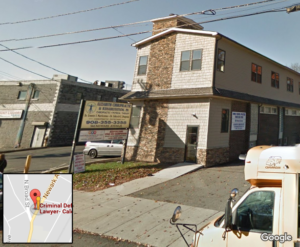 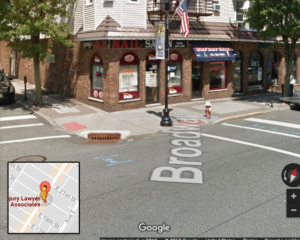 Hurt on the beach? Try Calcagano’s “office” just one block from the sand, that looks suspiciously like my Aunt Doris might live there during the summer. 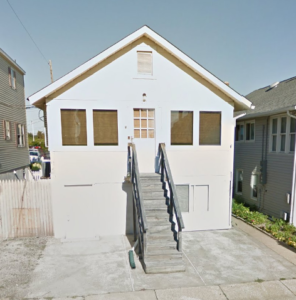 And nothing says success like swanky office space at 460 Park Avenue in the heart of New York City….  Except of course, the 17th floor of the building is entirely occupied by Dermatologist, Dr. Steven Victor.  How do I know this?  Because the very nice receptionist there told me so. 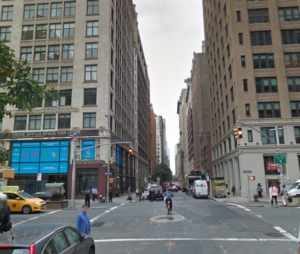 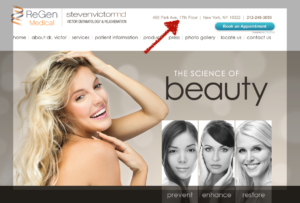 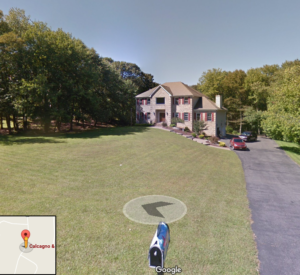 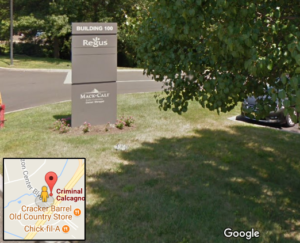 And it seems that Walmart (or women’s clothing chain, Joyce Leslie) has started offering DWI Legal services as well at their 100 Enterprise Drive in Dover, NJ locations. 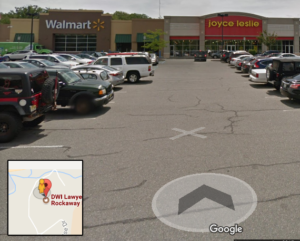 Although, double check your car door is locked at the Passaic office…. 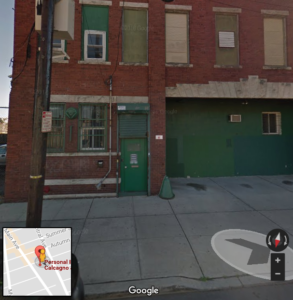 I could go on and on.  Suffice to say I think its highly unlikely an attorney could plead ignorance of an overly aggressive agency creating all of these “offices.”  Besides, his website lists about 20 of them directly: 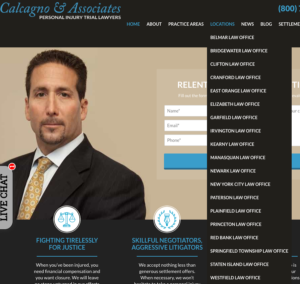 But speaking of overly aggressive agencies, I wondered who might behind all of these listings – afterall a single attorney probably doesn’t have the time to create and maintain 60+ “offices” – regardless of how virtual they may be.  So digging just a little further, I uncovered…. post coming tomorrow.  🙂

5 Responses to “Local Spam: The Solo with 60 Offices”