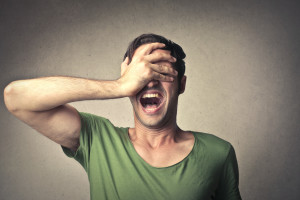 Just got a call from an ex client…. who brought in a whopping $1.5 million dollar case because he left us.  He wasn’t calling to gloat, but instead to say thank you…. you see I had been telling him to leave us for months.  Here’s why:

The firm in question is a mid sized, very successful firm in a tech-savvy city.  They were early adopters of online marketing – in fact I’ve known them since my early days at Avvo.  Historically, they’ve done their marketing themselves and have never been caught up in the shiniest new thing being proffered at legal marketing conferences (Meerkat anyone?) as the next big thing.  In doing so, they’ve developed a small but manageable number of successful sites and blogs dedicated to different, highly specific topics.  But…. over time, as the search engines algos have evolved, this multi domain strategy has become increasingly expensive and ineffectual (I say this generally as well as for this specific client.)  As more and more savvy marketers got into the game, their rankings fell, traffic dropped and the calls feel off to zero.  So – they called me to fix the problem and I told them right off the bat:

You should do a simple project to migrate this content to your very strong primary domain instead of investing the amount required to build up multiple domains.

I’ve always said its more than twice as expensive to market two sites as one and this was an extreme example.  But…. as clients sometimes do (even SEO clients) they didn’t want to hear it… insisted we invest in the subject specific site. And while I shared my fears about success, (we believe in not making our clients happy, but making them successful)…. between November 2013 and June of 2014, we did as they asked, polishing the site, building links, generating great content…. standard SEO stuff.  And we got the site squeaky and clean – to a tune of about $23,000.

The calls didn’t come in.

And every four weeks when we met with the client, I always told them….. you should really just move the content.  Finally after reviewing yet another flat line of traffic data, they relented.  We parted ways with a smile and an expensive glass of scotch.

Here’s the best part:  my ex-client started our conversation with:  “You were totally right!  We never should have wasted all of that money…. it took a while, but the traffic came back after we migrated the content to our primary site.  The phone has been ringing.”  I silenced my “I told you so” but have made a note that they’ll be buying the scotch next time we meet up.