It’s not often that Google announces an upcoming algorithm change, and when they do, it typically means a major changes in overall SERP results. My prognostication is that the Helpful Content update, announced late last week and scheduled for a two week roll-out starting this week, is no different.  While the legal industry is not specifically called out as being problematic, I do anticipate large fluctuations due to many overly aggressive tactics deployed by legal, especially as it pertains to content. Google directly described the upcoming change as “meaningful”.

The Helpful Content Update (seriously – why can’t we just call this HICUP?) update in Google’s own words:

These launches are part of a broader, ongoing effort to reduce low-quality content and make it easier to find content that feels authentic and useful in Search.

What does this mean concretely for law firms? 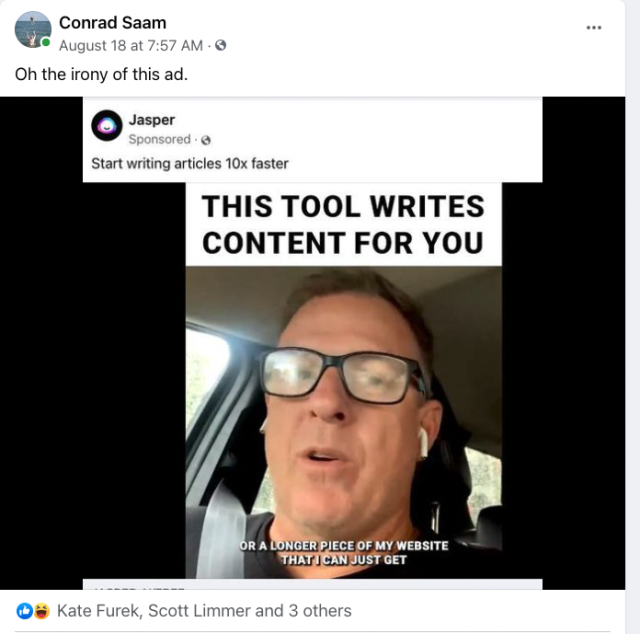 Last week, I presciently posted this ad for a content development tool that uses AI to pump out pages and pages of content: “Let Jasper Write Your Marketing Copy for Free Artificial intelligence makes it fast and easy to create content for your blog, social media, website, and more!” From what I can tell from Google’s announcement, it’s tools like Jasper that are firmly within the targets of the “Helpful Content” algo update.

This update is extremely similar to the Panda update from February, 2011.  For those of you who weren’t in the SEO game at that point – what happened in the past may be instructive of what to expect over the upcoming months. Panda was designed to root out content farms that were daily vomiting out thousands of pages of well ranking pages and monetizing that traffic through advertising. While the key targets were Demand Media (eHow) and Answers.com; many many other sites were caught up in the resulting algo update which focused on content.  The key issue here is that the Panda algo update had site-wide ramifications, which meant that a predominance of low quality content on a domain would negatively impact the traffic to high quality pages as well. Following Panda, Google noted that it impacted 12% of searches – meaningful indeed.

I spent the weekend reading through posts and prognostications of some of my favorite SEO nerds and Google directly.  Based on my experience with Panda and parsing Google’s announcement, here’s my expectations of what’s going to happen:

What to Expecting (When You Are Expecting an SEO Nightmare)

Get ready to yell at your agency about your content strategy. And if you are already panicking now, it’s time to a)start looking into managing your low end legacy content and b)start writing great stuff!  A great starting point for solid, legal specific content is John Reed at Rain BDM and Allen Watson at Blue Seven Content. Yeah – they expensive but if your site tanks, will look like a bargain.