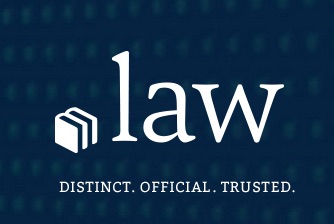 So – this morning I’ve received emails from 3 smart(ish) people asking about an ABA Journal article titled the Latest Online Goldrush for Lawyers.  Starting October 12, you can now buy .lawyer Top Level Domains (TLDs).  Think billjones.lawyer or personalinjury.lawyer or seattledui.lawyer.  The new .law TLD can only be purchased by lawyers (although apparently it can be transferred to a non lawyer as long as its initially purchased by a lawyer.  Hmmmm.)  Oh – and its just a cool $210 bucks a year.  Per domain.  Delicious if you are selling these things.

“It’s incredible,” says John Morgan, chairman of the new domain. “It gives everybody the opportunity to have a one-time reset for the domain name of their dreams, and it will probably never happen again when you have a domain like this in a field like ours.”

TLDs and the Promise of SEO Success….

The article goes on to espouse the .law domains as a key to SEO rankings and clients.

A firm’s search engine strategy should also be taken into account when choosing a domain name, Corcoran adds

So the pitch here is that one of Google’s ranking factors is going to be the TLD.  From the nic.law site:

Since only lawyers can own .law domains, lawyers and law firms will be able to increase credibility in search results as compared to other top level domains.

Hmmmmm…. because presumably, notwithstanding structured markup identifying attorneys (https://schema.org/Attorney) and Google My Business Categories defining businesses as “law firm”or even “divorce law firm” the engineers in Mountainview are having trouble identifying sites owned by…. lawyers.

A (Very) Brief History of Domains and SEO

Back in the day, a long long time ago, in an SEO galaxy far far away, exact match domains did carry the day.  Simply put – the site seattleduilawyer.com was presumably about Seattle DUI Lawyers and therefore would rank for that exact match term.  This was killed in October of 2012.  Some of the value of exact match domains  was anchor text (now dead) driven – so if your domain was DUILawyerSeattle.com, people would like to you with the anchor text Dui Lawyer Seattle, which in turn would help you rank for …. yeah, you get it.  But of course, anchor text got killed back in January of 2013.

Now, lawyers have been buying up vanity domains and exact match search domains for years.  Its rare that a kick off meeting with a new client doesn’t include something like: “and I also own drug-lawyer-seattle.org and dui-attorney-washington.com and BestEverDrunkDrivingLawFirmLawyerAttorney.co.au and … and… and… and…”  So far we’ve never done anything with any of domains.  And the recent availability of .attorney and .lawyer TLDs has certainly NOT shaken up the online marketing world.

What Does Work (and why we don’t care about TLDs.)

I’ve yet to talk to any reputable search nerd espousing TLD tactics for success.  Even the luster over backlinks from .edu’s and .org’s and .gov’s (which was the rage back in 2008 era) has dissipated as we’ve discovered that these domains don’t intrinsically carry any extra authority or value due to their TLD. What works is the hard part of SEO – a solid platform with great content sitting on a highly authoritative site.  A new TLD isn’t going to solve any of those problems.

The only people who are going to make it rich here are those selling the domains – the registrar companies estimate lawyers will blow a cool $200 million on the new TLDs…. annually.

10 Responses to “Foolish Lawyers Lining up for .law domains”