The Epic Lack of Creativity in Legal Marketing

During the NHL All Star game  game, we saw an advertisement for Adam Kutner on the Zamboni. Its a classic law firm advertisement – in fact, it’s not that bad – uncluttered, simple call to action (the website), clear branding “Adam S. Kutner” and the classic middle aged white guy in a dark suit. But it’s not exceptional. It doesn’t stand out. It doesn’t make the captive viewing audience think anything other than, “oh, yet another dude chasing car accidents.” 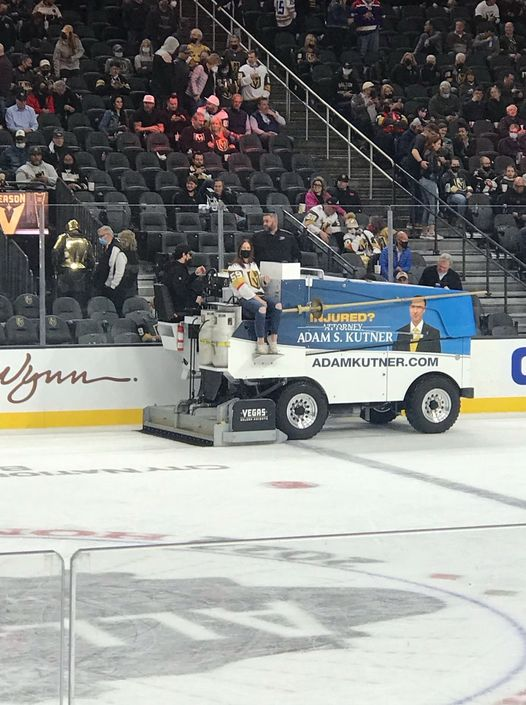 My overly aggressive right-brain asked, “why isn’t this a slip and fall ad – playing off the ice theme”?

There’s a fundamental difference between generating brand awareness (which this wrap of the Zamboni does as adequately as most other lawyer advertising) and creating a brand (or brand experience) that resonates and is memorable to your prospective audience. Put differently, there’s nothing clever, unique or memorable that makes Adam stand out – his picture and name are synonymous with the expected lawyer motif. (And, let’s ignore the fact that the Golden Knight’s lance, cleverly affixed to the Zamboni, appears to perfectly skewer Adam’s right temple.)

And I’m not picking on Adam specifically, I’m picking on the legal marketing industry that churns out banal, interchangeable imagery, “creative” and branding that does nothing to distinguish the lawyers that we serve. Lawyers are trained to be risk averse by nature and the easy, obvious approach to advertising generates a frankly unmemorable result of “last name and last name” + man (and increasingly woman) in suit. Branding and positioning standouts like Byron Brown, the anti-lawyer, lawyer or Luhrsen Goldberg, law powered by women or Hello Divorce, the DIY assist, are fewer and further between than you’d expect from an industry obsessed with marketing.

But back to Adam… yeah the guy is shelling out some coin to be tied to the Golden Knights. How do leverage that money to get the Las Vegas audience to demonstrate that he’s genuinely and deeply involved in the community beyond buying a wrap for the Zamboni? If his agency were to put on the creative hat…

I don’t know Adam from, well, Adam; and perhaps he has no genuine interest in hockey and just views this as yet another marketing billboard, in which case, the ideas above are going to be much more difficult to pull off. But the campaign could be so much more effective if it went beyond the traditional, expected and unmemorable positioning and imbued his marketing with some cleverness and deeper community involvement.